The Undertaker from Greatest Wrestlers of All Time 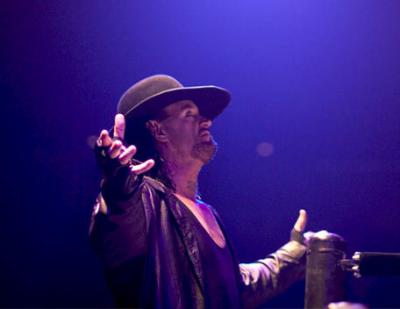 Mark William Calaway on of the greatest wrestlers of all time, better known by the ring name The Undertaker, is an American retired professional wrestler signed to WWE. Calaway began his wrestling career with World Class Championship Wrestling (WCCW) in 1984. After wrestling for World Championship Wrestling (WCW) as "Mean Mark" Callous from 1989 to 1990, he signed with the then World Wrestling Federation (WWF, now WWE) in 1990, making him the company's longest tenured in-ring performer. Calaway is considered to be one of the greatest professional wrestlers of all time, as well as the greatest character in WWE history.