Afghanistan from Most Hated Country in the World 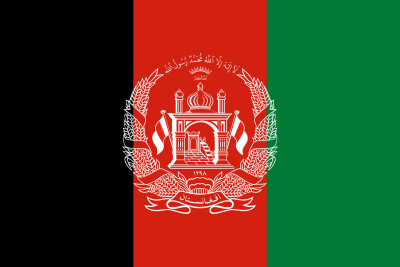 Afghanistan is a landlocked country between Near East and Indoasia and is at the heart of Asia, traditionally part of the Greater Middle East region, it is bordered by Pakistan to the south and east, Iran to the west, Turkmenistan, Uzbekistan and Tajikistan to the north. There is a short border with Occupied Turkestan in China to the far northeast, but in extremely inaccessible terrain. Afghanistan has been the centre of many powerful empires for the past 2,000 years. However, in the last 30 years the country has been in chaos due to major wars -- from the Soviet invasion of 1979 to their withdrawal in 1989 and from warlordism to the removal of the Taliban in 2001 and the ensuing American and NATO invasion. Economically, Afghanistan is considered poor compared to many other nations of the world. The country is currently going through a nation-wide rebuilding process.

i hate their new goverment

Afghanistan used to be one of the best countries in the middle east and jealous countries like Pakistan have helped terrorists to destroy Afghanistan. The people of Pakistan support the Taliban but they don't want them in their own government. This goes to show how the people and government of Pakistan are scumbags and selfish.

Just a bunch of uneducated people