France from Most Hated Country in the World 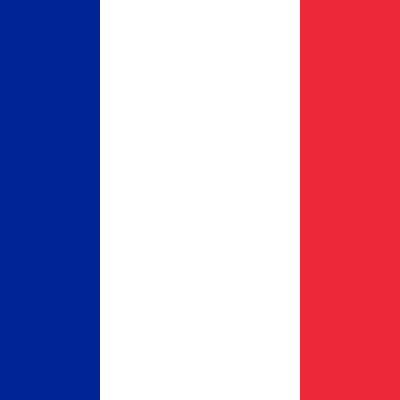 France, officially the French Republic (French: République française), is a country with which almost every traveller has a relationship. Many dream of its joie de vivre shown by the countless restaurants, picturesque villages and world-famous gastronomy. Some come to follow the trail of France's great philosophers, writers and artists, or to immerse in the beautiful language it gave the world. And others still are drawn to the country's geographical diversity with its long coastlines, massive mountain ranges and breathtaking farmland vistas. France has been the world's most popular tourist destination for quite some time. It received 83.7 million visitors in 2014, although these figures are highly skewed by the number of people who frequent the country for the weekend, particularly to visit Disneyland Paris, Europe's most popular visitor attraction. France is one of the most geographically diverse countries in Europe, containing areas as different from each other as urban chic Paris, the sunny French Riviera, long Atlantic beaches, the winter sports resorts of the French Alps, the castles of the Loire Valley, rugged Celtic Brittany and the historian's dream that is Normandy. France is a country of rich emotions and turbulent politics but also a place of rational thinking and Enlightenment treasures. Above all, it is renowned for its cuisine, culture and history. In the Caribbean, France borders the Netherlands via the French territory of Saint-Martin which borders the Dutch territory of Sint Maarten. Five oversea regions also form part of France: Martinique and Guadeloupe in the Caribbean, French Guiana in South America, and Reunion and Mayotte, both off the coast of Madagascar. Numerous French oversea territories also exist around the Earth with varying status.

Gave an unfair punishment to Germany

They are the worst country for Muslims to live in.

I'm french and I understand who and why hates us. But I can't stand that those who complain about having been colonized come to live with us. Strongly a political change in order to change that.