Germany from Most Hated Country in the World 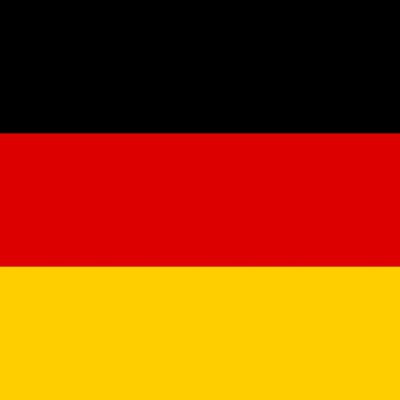 Germany, (officially: the Federal Republic of Germany; German: Bundesrepublik Deutschland) is the largest country in Central Europe. It is bordered to the north by Denmark, to the east by Poland and the Czech Republic, to the south by Austria and Switzerland, and to the west by France, Luxembourg, Belgium and the Netherlands. Germany is a federation of 16 states, roughly corresponding to regions with their own distinct and unique cultures. Germany is one of the most influential European nations culturally, and one of the world's main economic powers. Known around the world for its precision engineering and high-tech products, it is equally admired by visitors for its old-world charm and "Gemütlichkeit" (coziness). If you have perceptions of Germany as simply homogeneous, it will surprise you with its many historical regions and local diversity.

The most pretentious of all countries in the world. A nation of psychopaths and US-sycophants that has been betrayed and now betrays its own working class. A ruthless war criminal without which the US could not have bombed the middle east or Africa. Most of the world would be in peace without Germany, despite USA's presence. Most hated countries order should be: #1 - Israel #2 - USA #3 - Germany Everything else in the world is these three nations fault.

since there is no Austria i decided to put this here, I met a guy whos name starts with f and ends with z and has rit in the middle who is austurian - chinese that speaks german and believes he is the next hitler. I hope he sees this and knows who i am or at least thinks to himself "what did i do to deserve this hate". if he is not accepted to art university i feel sad for u all germans. Thank you- mic drop.

YUMMMM AUSTRIA YUMMY, I LOVE AUSTRIA, they are full of hot dude maybe except one person who I hate in particularrrrr, FFFFFSHEEH

hey guys chill how about we just eat german sausage and not be racist? thanks? germany has good sausage and beer.

I was so surprised when I found out every German man is a coward.

Actually, I beg to disagree about the part of them being one of the main faults of the war. When we say "Germans" we include the innocent ones. From what I've remembered it's the "Nazis" who are mainly responsible for ww2. Please don't put the blame to all the German people. Actually, if you ask people if they are happy with the war, they will either not answer that because they are ashamed that their country, specifically, the insane man who wasn't accepted to art school and his troop or just would be clearly traumatized remembering it. It's something from the past.

anon 2 better stfu, you're bringing up a past that merely or barely defines today's german republic and or society, treating us like a few psychopath just because a menace was born to commit genocide on a whole race of jews. it's like saying "hate this country bcz one person had an evil intention and included like lmaoo 90k people to join" thats like 1/4 out of germany-- not even 1, so before talking, you'd have to put your head out of ur ass and look around if the country is consistent and built of mentally ill and unstable people and by the fact youre saying "Everything else in the world is these three nations fault" lets take a look at some country's past now because you wont let go of a fucking past that has been excused by everyone else japan - war criminals in denial, literally tried to liberate all of SEA s korea - robbers but victims of colonization france - liberated/colonized parts of africa and america and theres furthermore, so before opening your whiney little mouth how abt u shut the fuck up, open your history book to do your little comparing before preying on the majority of people from a country that didn't even experience the holocaust or ww2

Bruh imagian hating n a country beacuse of it's past. Jeez you guys seem to cry about anything.

Bruh imagian hating n a country beacuse of it's past. Jeez you guys seem to cry about anything.

I fucking hate Germans they are idiots they murdered people they've attacked my home country and if I had to blow up any country it would be Germans.