Iraq from Most Hated Country in the World 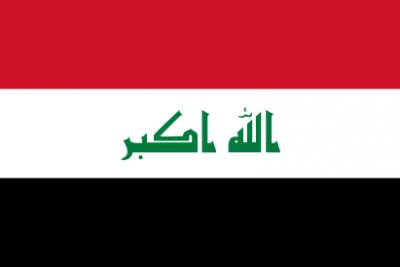 Iraq (Arabic: العراق Al-Irāq) is a country in the Middle East. It lies at the north end of the Persian Gulf and has a small (58km) coastline in the south east of the country. It is surrounded by Iran to the east, Kuwait to the south, Saudi Arabia to the southwest, Jordan to the west, Syria to the north west, and Turkey to the north.

holy sh*t are you talking real sh*t or you just heard that from some racist? iraqi people are the most generous and kind people I've ever got to know you can't talk like that about them. and for the "women racism" you're wrong, ok there are restrictions about the hijab and stuff but that only applies for the religious places, and every family has there own freedom about the hijab. for the 11y.o girl you've talked about yeah there are some psychopaths like in every other place in the world.

Don't listen to that idiot who wrote those comments. These are all fakes.

Iraqi people are the most disgusting people you’ll ever be know first of all as a woman who lived her whole life there they’re too racist against women whenever girls being harassed there they kill the girl or force her to marry someone she doesn’t know by the name of “honour” one time a girl of 11 years old was forced by her Iraqi family to marry a 52 year old man, she was crying and begging them that she’s still a child and she doesn’t want to do this but no one listened to her because she’s a “girl”! Another thing is the kills, they kill each other and when they got to the jail they just let them out after it when the family of the killer pay money like WTF seriously wtf and there was one time when there was a protests and some of them where having some drugs near to a 16 years old kid who’s living alone with his mother he told them to stay away of his house and his family but they killed him right front of his mother’s eyes and told everyone that he was against them and he tried to stop the protests so the MOTHERF*CKERS mutilated his corpse front of thousands of people and didn’t even ask his mother what REALLY happened that was the most painful thing I’ve ever witnessed in this shitty country and there’s no way I’ll forgive them for doing this EVER And another thing they’re so selfish like VERY MUCH I remember that time when that British tourist came to Iraq and they were literally making fun of her and she was laughing didn’t know what was happening I really felt bad for her and hated them even more so yall please don’t get tricked by what you see in social media about Iraq because it’s a true jungle of animals Allah will never forget what you did to these poor kids and will never forget what you did to the others

I'm not Iraqi but my guess is that the people there aren't evil? That makes sense? Screw the three of you guys who upvoted the hateful one.

iraq is hated but not that hated

iraq is hated but not that hated