Italy from Most Hated Country in the World 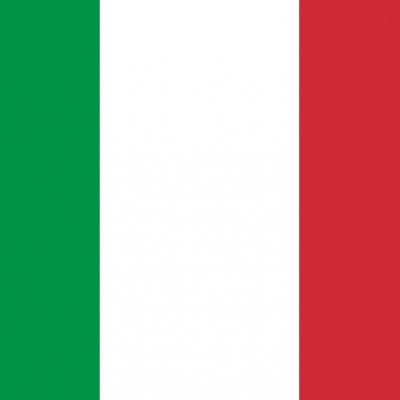 Italy (Italian: Italia) is a country in Southern Europe. Together with Greece, it is acknowledged as the birthplace of Western culture. Not surprisingly, it is also home to the greatest number of UNESCO World Heritage Sites in the world. High art and monuments are to be found everywhere around the country. It is also famous worldwide for its delicious cuisine, its trendy fashion industry, luxury sports cars and motorcycles, diverse regional cultures and dialects, as well as for its beautiful coast, alpine lakes and mountain ranges (the Alps and Apennines). No wonder it is often nicknamed the Bel Paese (the Beautiful Country). Rome Location Italy in its region.svg Flag Flag of Italy.svg Quick Facts Capital Rome Government Parliamentary Republic Currency Euro (€) Area total: 301,340km² water: 7,200km² land: 294,140km² Population 59,433,744 (2011 census) Language Italian (official); minor German, French and Slovene-speaking communities Religion predominately Roman Catholic with mature Protestant and Jewish communities and a growing Muslim immigrant community Electricity 230V, 50Hz (European or Italian plug) Country code +39 Internet TLD .it Time Zone UTC+1 Emergencies dial 112 Two independent mini-states are surrounded entirely by Italy: San Marino and Vatican City. While technically not part of the European Union, both of these states are also part of the Schengen Area and the European Monetary Union (EMU). Apart from different police uniforms, there is no evident transition from these states and Italy's territory, and the currency is the same. Italian is also the official language in both countries.

thats not true Italians don't suck, they're so kind and their food is amazing.

I like Italy cause of the Roman Empire and PIZZA

Italy always was bad at wold wars. In first, they dont help Serbian soliders who was in Albania(Serbia lose half of men in ww1) because Serbia is going to make Kingdom of Yugoslavia. Italy is agresor in ww2 and when Germany going lose war, they swich side.

I love you Italy ???? You have an amazing history & a kind & loving, very generous people. Italians are amazing artists, fashion designers & chefs. Italy doesn't belong on this list.

Italy is Europe’s most racist country according to many people.

Italy doesn't suck, everyone in the world haa probably one time ate an Italian food and liked it, noone has ever not eaten pasta or spaghetti or even pizza, i myself like italy since they are literally a chef country