Pakistan from Most Hated Country in the World 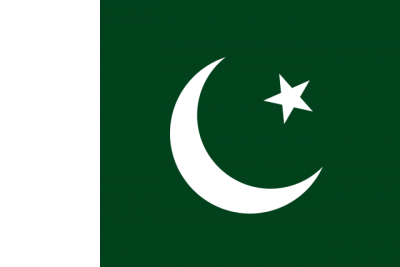 Pakistan (Urdu: پاکستان) is a large country (1.5 times the size of France) in South-Central Asia at the crossroads of Central Asia, East Asia and South Asia and is a part of the Greater Middle East Region. Located along the Arabian Sea, it is surrounded by Afghanistan to the west and northwest, although Tajikistan is separated by the Wakhan Corridor, Iran to the southwest and also shares maritime boundary with Oman, The Republic of India is to the east, and China to the northeast. It is strategically located astride the ancient trade routes of the Khyber and Bolan passes between the countries of South-Central Asia and rest of Southern Asia.

Pakistanis are literally the most vile disgusting and repulsive people you can meet. They think they're somehow better than India despite having lost 4 wars to them and surrendering like the cowards they are. Paki fucktards then take their inferiority complex out on the innocent Hindus and Sikhs living in PORKistan. Everyday hundreds of minority girls are abducted and converted to that bastard pedophile warmonger Muhammed's stupid religion. Additionally most PORKistanis are delusional that their third world shithole can challenge and defeat India. These fucking hypocrites have 60 million people without access to a toilet while India has 97% sanitation cover. Pakistan has a 50% literacy rate with literacy decreasing every year. Pakistanis are inbred retards and they breed like cockroaches wherever they go. Pakistanis watch child porn and fantasize about having sex with animals. Literally every country hates pakistan because their currency is pathetic and they are a terrorist state. India should drop an atomic bomb on pakistan to finish this disgusting race from the planet. I HATE PAKISTAN!!!!!!! WORLD LAUGHS AT THE PATHETIC PISSLAMIC STATE OF PAKSHITSTAN!!!!!!! EVEN CHINESE PEOPLE HATE PAKISTAN, THEIR COUNTRY WANTS TO ENSLAVE PAKSHITSTAN AS PART OF THEIR IMPERIAL EXPANSION PROGRAM, BUT PAKIS ARE TOO RETARDED TO REALIZE THAT AND INSTEAD ARE HAPPY TO ACT AS SLAVES TO CHINESE AND ARABS!!!!