Saudi Arabia from Most Hated Country in the World 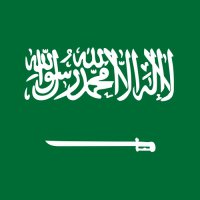 Saudi Arabia is a Middle Eastern country that occupies most of the Arabian peninsula and has coastlines on the Persian Gulf and Red Sea. Neighboring countries include Jordan to the northwest, Iraq and Kuwait to the northeast, Bahrain and Qatar to the east, the United Arab Emirates to the southeast, and Oman and Yemen to the south. Saudi Arabia contains the holy Muslim cities of Mecca and Medina, to which all physically and financially able Muslims are required to make a pilgrimage at least once if possible (see Hajj) and where non-Muslims are forbidden from entering.

A country which supports terrorists in the world, don't need to explain.

This country is responsible for 11 September 2001 attacks and ISIS members mostly from this country, responsible for civil war in Yemen, destruction of Syria and Iraq by It's ISIS & Alghaedeh terrorist groups and murdering around the world, harsh rules against women rights. A bunch of primitive people who got nothing just oil and money seeking to purify their bad image in the world with money buying weapon from USA, EU, and Israel. The world will stop Saudi Arabia's terrorism and this country will pay for it.

All countries must boycott and ban this terrorist racist country, murdered Khashoggi and many others.

Should be the most loved. Ur opinion is what I should respect. Don’t attack me my guy

Racist, basically still enslave African & South East Asian migrant workers. Think they are superior to all other Arabs & Muslims. Yet they play both sides by supporting Israel over the Palestinians while simultaneously covertly supporting terrorist groups. What they have done to Yemen is nothing short of an atrocitiy. I am from a Muslim family & I hate the government of Saudi Arabia. Bigguest hypocrites in the world.

Saudi Arabia is the best country in the world. With its amazing love for all people (including Arabs, Jewish People, women, Americans, and everyone else), they seize every opportunity to make peace in the Middle East by taking on the world enemy of Israel. Israel sucks ass. They want to destroy America. Saudi Arabia is king.

Dictatorship and wide violence against its own people and other muslims.

who said that 911 was because of KSA? all know it was an inside CIA operation