Serbia from Most Hated Country in the World 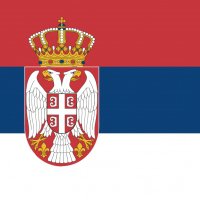 Serbia (Serbian: Србија, Srbija) is a country located in the Balkans, in Southern Europe. It was a founder and one of the six republics of the former Socialist Federal Republic of Yugoslavia. It is surrounded by Montenegro to the south, Bosnia and Herzegovina to the west, Bulgaria to the southeast, Croatia to the northwest, Hungary to the north, Macedonia and Albania to the south, and Romania to the northeast. It is situated on one of the major land routes from Central Europe to Turkey and further on to the Near East.

As someone from serbia. Fuck serbia, fuck kosovo, fuck the balkans, some of the most narrow minded shitheads in the world

Serbia sucks! I hate Serbia! Serbia doesn't support any, but supports Serbian-speaking countries and Russia, so screw it! Serbia is the worst Southeastern Europe country ever and the worst Balkan country ever!