United Kingdom from Most Hated Country in the World 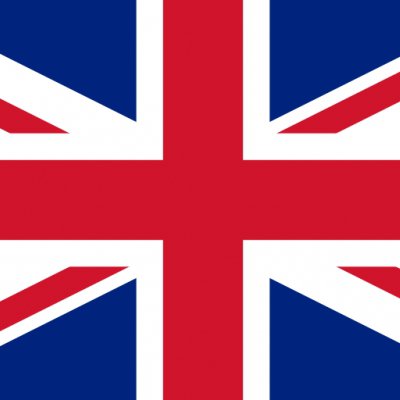 The United Kingdom of Great Britain and Northern Ireland (the United Kingdom or the UK) is a constitutional monarchy comprising much of the British Isles. This Union is more than 300 years old and comprises four constituent nations: England, Scotland, Wales, and Northern Ireland. It occupies all of the island of Great Britain, the north-eastern portion of the island of Ireland and most of the remaining British Isles. The UK is an island nation, but shares a open land border with Ireland. It neighbours several countries by sea, including France, Belgium, the Netherlands, Germany, Portugal, Spain, Denmark, Norway, Sweden, the Faroe Islands and Iceland. The UK today is a diverse patchwork of native and immigrant cultures, possessing a fascinating history and dynamic modern culture, both of which remain hugely influential in the wider world. Although Britannia no longer rules the waves, the UK is still an overwhelmingly popular destination for many travellers. Its capital and largest city of London is, along with New York, often reckoned to be one of only two cities of truly global importance but many come to see quaint villages and the beautiful and quickly changing countryside.

The most overrated country ever and I will always stand on this. I visited England in 2019 I was so excited because it always looked magical on the Internet it’s a shithole in reality they have the worst weather it’s always foggy and cloudy and it rains all day long the weather there is so depressing and ruins everything British people are some of the most self-conscious and racist people I’ve seen they are so discriminative against Indians they talk to them and treat them in a really rude way there’s also nothing to see there like London I did not find it interesting at all i only liked one or 2 malls and Oxford alright & way better than London however in general it’s really overrated not nearly as good as it looks on the Internet they also have the absolute most terrible food ever their McDonald’s is the worst some of them cook rice and chicken without adding any spices to seasonings and say it taste good I just hope no one ever has to taste theirfood also their stupid Karen accent makes everything worse and let me mention fucked up government

Always have been same with US and Israhell. But unlike them you can never hear theie crimes .Very professional at being deep and silence

You visited England in 2019 and are an expert on it? The weather IS always touch and go, but not really our fault. You talk about the British being self-conscious and racist? Based on talking to what? A handful of people or visiting all over? You mention the British but visited Engand? You don't even know what you are talking about!!!

Great Britain is amazing place to go I strongly advise to other countries not just England the last 2 year with great weather in summer I booked couple holiday in the UK they never as plan that the fun I understand weather not perfect I think people need to bit more realistic. Ask yourself what do want to see UK

GB is an enemy of independent states. Today, Great Britain has returned to the Great Game policy, expanding its territory from the north of Central Asia to the Black Sea and the Baltic states. The main contractor is Turkey, which independently implements the Great Turan project (from Gagauzia to Central Asia), and together with Lithuania and Poland, the New Commonwealth project. At the same time, Great Britain is participating in the creation of an anti-Russian "military fist" in the Baltic States and Ukraine. British crap. Will be destroyed, will be suppressed

I don’t dislike this country, but I was disappointed with something happened in this country and my experience getting touch with British people. I used to think British people are polite and friendly, but I started to change my mind when I met couple of them. I describe that as the “fake” politeness. It’s cold, I didn’t feel being contained. Does it really make a great difference to say “thank you”, “pardon me” all the time? Can’t you just be straight-forward a bit just in case I can get what you are saying? The second thing I disapprove is that many of them are arrogant. They make you feel like they are the best in the whole world. This might not describe everyone, but describes all the British I met. Did you guys see the news about the soldier stepped on a child and did nothing afterward?(They mentioned that they went back to help the child, but I just saw them directly walked away in the video) For conclusion, these are just personal views, I never meant that they are bad, AND DO NOT SHOW PREJUDICE TO THEM!!!