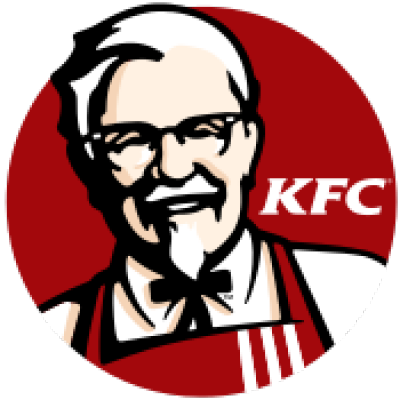 Kentucky Fried Chicken, more commonly known by its initials KFC, is an American fast food restaurant chain that specializes in fried chicken. Headquartered in Louisville, Kentucky, it is the world's second-largest restaurant chain (as measured by sales) after McDonald's, with almost 20,000 locations globally in 123 countries and territories as of December 2015. The chain is a subsidiary of Yum! Brands, a restaurant company that also owns the Pizza Hut and Taco Bell chains.

How the fuck is McDonalds,Subway,Taco Bell, Burger King, and KFC on the list and In n' Out not on this. In n' Out is undisputedly the best fast food restaurant not only in the US but in the world.

Nice post I like how you gave all the background info and what your reasons/fav stuff about it. I live in Canada and do not have all those places, but I'm going with dary queen today lol

Mcdonald's sucks ass. The food is overpriced and too small. Kfc is horrible. Too many spices and the breading is too soggy from the grease. Would pick carl's jr and chicken express. Much better.

Subway was more awesome when you could get a free 12" sub after 10 purchases. Even though Subway uses processed meat, it's still meat. I would challenge any burger franchise to say they don't use fillers like bread crumbs and oats to bulk up their hamburger patties.

Here's some more fast food places that should be on the list # 5 Pick Up Stix #4 Chiplote #3 Del Taco #2 Whataburger and #1 In-n-Out. Honorable Mentions goes to Carl Jr, Tommy's,Pinks,Taco Time and Jack in the Box.