India from Top 10 Worst Countries to Live In 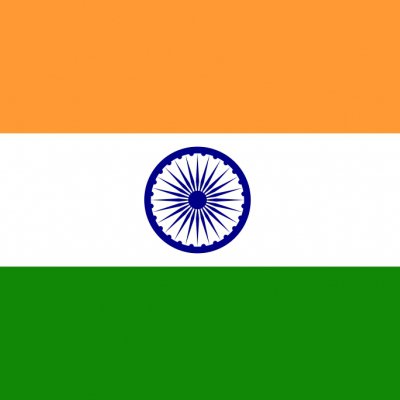 India (Sanskrit, Hindi: भारत, Bhārat) is the largest country in the Indian Subcontinent located primarily in South Asia, and shares International borders with Pakistan to the north-west, China and Nepal to the north, Bhutan to the north-east, and Bangladesh and Myanmar are to the east. Sri Lanka lies to the south, Maldives to the south-west and has maritime boundary with Indonesia to the south-east of India in the Indian Ocean. The Republic of India is the seventh largest country in the world by area and, with over a billion people, is second only to China in population, although its much higher birth-rate makes it likely to reach pole position in less than ten years. It is an extremely diverse country, with vast differences in geography, climate, culture, language and ethnicity across its expanse, and prides itself on being the largest democracy on Earth.

Listen u fuckface india is not the worst country to live ok so shut ur mouth motherfucker.

Indian culture education people dance music is best so move your lips in middle close your mouth and don't speak anything against India dumb.

First, i dont appreciate how these young people say about you, but seriously, why did you choose india, like bruh it aint bad in there, wtf?

YOU NOOB INDIA IS THE BEST COUNTRY . IT HAS SOME PROBS BUT ITS NOT THE WORST . COME TO INDIA AND SAY THAT EVERYONE WILL HIT YOU LIKE ANYTHING. WORST WEBSITE EVER . IF YOUR FROM ANY COUNTRY I DONT CARE BUT YOUR COUNTRY IS TEACHING YOU THIS , TO ABUSE TO A COUNRY WHICH PROVIDES YOU MANY THINGS

I love how the people are just raging in the comments section. Also, why aren't the curse words censored?

Indian culture education people dance music is best so move your lips in middle close your mouth and don't speak anything against India dumb.

I honestly agree with this. There is a lot of racism sexism, people shame other people’s religion. I would definitely say it is the worst for woman. There is not one state you can go in that is completely safe. Everyday there is at least one rape case in the newspaper. And most of the cases are never even filed. And we do nothing about it instead of educating the guys we apply prohibitions on women. If you are a girl and you are going out you always have to deal with a group of guys looking at you saying ‘things’ about you. But that is not it if you say to any Indian that India is kinda racist they would be like we are brown we can’t be racist. This is exactly what they always say when they know they are. The so called Bollywood will pair up a seventeen year girl with a fifty year old grandpa and have kissing scenes. If you are a woman after you are thirty or forty you are out because u aren’t beautiful anymore. The actresses are always supposed to be so white and people wanna marry a person whose skin is light and then they say we are not racist. If you go to a police station for a rape cases most of the police I am not talking about all of them, most of them will laugh at you and shame you and most likely not file a report. If it does get filed tho I court the judge and lawyer will ask you questions that would make you wanna cry right there. And the fact that there have been cases when hundreds of people knew that someone was getting raped inside that house and instead of helping the girl these people support the rapists. Also hear male rape is just shit. People are like that doesn’t even exist. Marital rape in legal. Man rape I am not sure if it is illegal or not. Child abuse is so common. Shaming other people’s religion is everywhere and I mean it. If you are simply wearing makeup men will stare at you. If you wear a crop top showing one inch of stomach woman will talk shit about you while wearing a saree showing six inches of their stomach. Politicians always get away with their shit. Dowry is everywhere. People don’t want women to have jobs after marriage. You have a friend of opposite gender and you will be shamed so much. Women and still not allowed to get independent in many areas. Once again I am not talking about all of them but some of them. I don’t think the entire India is like this but most of it? Yes it is. I just want to get out of here once I can because the society the judging and the very shit security the forth most common crime being raped. I just can’t even with this I don’t know why people think India is a good place and want to LIVE here because that idea is shit trust me

America is the worst the US army are absolute terrorists.

You thinkin' India is a bad country but listen bro, the culture and education ya'll find in India non of the countries in the world have it. So think a billion times before putting India in this list.

bitch think twice before thinking india worth in yr dreams

afghanistan is soo trash were is it?

India does have a lot of issues within the country, but it isn't one of the worst countries to live in. I'm an Indian and I'm living here happily. Though I do have to say our education system is completely flawed, our governments are inorganised, and that we have too many religious factors controlling our politics. However, they don't affect most people, so you're good. (Btw, I'm and Indian).

America is the worst the US army are absolute terrorists.

All these salty Indians lol it's kinda sad

India is the best country

India as a place is great, rich with culture and traditions but the citizens worst, no quality education, corrupted officials, violence, scamming innocent people, murdering, killing to shut the honest people. No dignity and respect to people who are poor and less fortunate.

dont say anything about india u whore. go get a fucking life you cunt

bro India is hell not good at all fuck it culture and religion ????

india is da best i love inthere i know what it is delete india now!

Umm, I guess. Racism is still alive in India I guess that is one of the biggest problem. I don't care if people feel bad about listening to some shit about their country but that anwers the question.

don't you say India is the worst. India is best

proud to be a people of india and Hindu as we'll