Syria from Top 10 Worst Countries to Live In 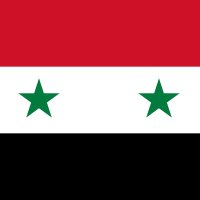 Syria (الجمهوريّة العربيّة السّوريّة the Syrian Arab Republic) is one of the larger states of the Middle East and has its capital in Damascus. Syria is bordered to the north by Turkey, to the east by Iraq, by Jordan and Israel to the south, and by Lebanon to the south-west. In addition, the country has a short coastline on the east Mediterranean Sea. Syria had a population of 21,906,000 people (UN, 2009 estimate), of which 6 million used to be concentrated in the capital Damascus but currently, more than 3,249,000 (Dec 2014) Syrians live as refugees abroad. A moderately large country (185,180 sq km or 72,150 sq miles), Syria is situated north within the Middle East region and has land borders with Turkey in the north, with Israel in the south, Lebanon in the west and the south, and with Iraq and Jordan in the east and south-east respectively.

why is romainia not on this least, these are bad but the romainians take the full buiscuit. east europe in fact is a cesspit.