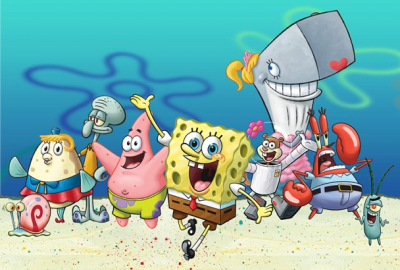 SpongeBob SquarePants, also simply referred to as SpongeBob, is an Emmy award-winning American animated comedy series and media franchise. It is chronologically the tenth of Nickelodeon's Nicktoons and is currently the most-watched show on Nickelodeon. In 2007, it was named by TIME Magazine as one of the greatest television nick shows of all time. It also broke a record for the most amount of episodes aired in one year, with 47.