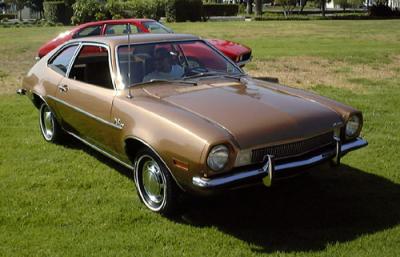 This eyesore which causes laughter is a major failure of Ford. Wherever it was possible plastic was used instead of metal, and its major problems were the ones with fuel tanks which is why it has a reputation of an easily flammable car.Bad engineering and striving to make it a cheap car resulted in its getting famous for the explosions and rare-end fires.