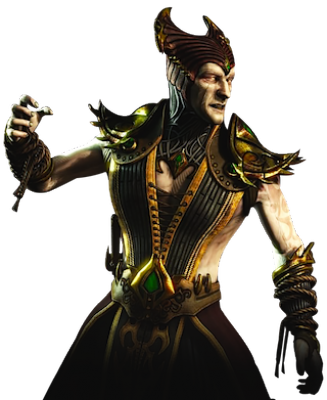 One of the most hated Mortal Kombat characters, Shinnok serves as an antagonist at about the same level as Shao Kahn does. A fallen Elder God, he has combined his ancient powers with a mission of hatred and vengeance, becoming even more powerful being. He relies on manipulation and magic to kill his opponents.