Best Movies That Make You Think

There are movies that you watch, get entertained, and then forget as soon as you come out of the theater. Then, there are movies that just linger on your mind days after you have watched the film. You can’t stop thinking either about the characters or the moments in the film. Sometimes, even the concept of the film itself blows your mind away and you keep going back to what you saw on-screen. Personally, I enjoy the “thinking” movies the most. When I get a lingering feeling that I can’t brush off my mind is when I know I have watched a great film. And this list comprises of ten such films that I think will make you think for days.. weeks even in some cases. 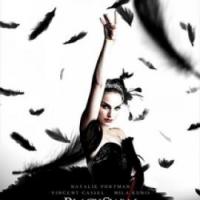 Black Swan is a 2010 American psychological horror-thriller film directed by Darren Aronofsky, written by Mark Heyman, Andres Heinz, and John McLaughlin, and starring Natalie Portman, Vincent Cassel, Mila Kunis and Winona Ryder. The plot revolves around a production of Tchaikovsky's Swan Lake ballet by a prestigious New York City company. The production requires a ballerina to play the innocent and fragile White Swan, for which the committed dancer Nina (Portman) is a perfect fit, as well as the dark and sensual Black Swan, which are qualities better embodied by the new arrival Lily (Kunis). Nina is overwhelmed by a feeling of immense pressure when she finds herself competing for the part, causing her to lose her tenuous grip on reality and descend into a living nightmare. 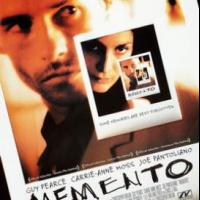 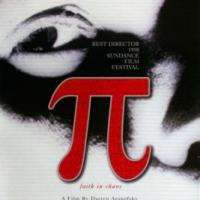 Pi, also titled π, is a 1998 American surrealist psychological horror-thriller film written and directed by Darren Aronofsky in his directorial debut. The film earned Aronofsky the Directing Award at the 1998 Sundance Film Festival, the Independent Spirit Award for Best First Screenplay and the Gotham Open Palm Award. The title refers to the mathematical constant pi. The film is notable for its covering of an array of themes including religion, mysticism and the relationship of the universe to mathematics. The story about a mathematician and the obsession with mathematical regularity contrasts two seemingly irreconcilable entities: the imperfect, irrational humanity and the rigor and regularity of mathematics, specifically number theory. 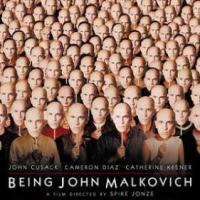 Being John Malkovich is a 1999 American fantasy-comedy film directed by Spike Jonze and written by Charlie Kaufman, both making their feature film debut. The film stars John Cusack, Cameron Diaz, and Catherine Keener, with John Malkovich and Charlie Sheen as themselves. The film follows a puppeteer who finds a portal that leads into Malkovich's mind. Released by USA Films, the film was nominated in three categories at the 72nd Academy Awards: Best Director for Jonze, Best Original Screenplay for Kaufman and Best Supporting Actress for Keener. 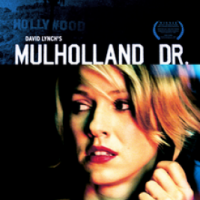 Mulholland Drive (stylized as Mulholland Dr.) is a 2001 neo-noir mystery film written and directed by David Lynch and starring Justin Theroux, Naomi Watts, Laura Harring, Ann Miller, and Robert Forster. It tells the story of an aspiring actress named Betty Elms (Watts), newly arrived in Los Angeles, who meets and befriends an amnesiac woman (Harring) hiding in an apartment which belongs to Betty's aunt. The story includes several other seemingly unrelated vignettes that eventually interlock, as well as some surreal and darkly comic scenes and images that relate to the cryptic narrative. Originally conceived as a television pilot, a large portion of the film was shot in 1999 with Lynch's plan to keep it open-ended for a potential series. After viewing Lynch's version, however, television executives rejected it. Lynch then provided an ending to the project, making it a feature film. The half-pilot, half-feature result, along with Lynch's characteristic style, has left the general meaning of the film's events open to interpretation. Lynch has declined to offer an explanation of his intentions for the narrative, leaving audiences, critics, and cast members to speculate on what transpires. He gave the film the tagline "A love story in the city of dreams" 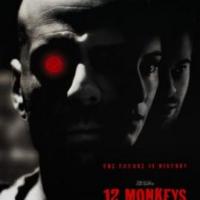 12 Monkeys, also known as Twelve Monkeys, is a 1995 American neo-noir science fiction film directed by Terry Gilliam, inspired by Chris Marker's 1962 short film La Jetée, and starring Bruce Willis, Madeleine Stowe, and Brad Pitt, with Christopher Plummer and David Morse in supporting roles. After Universal Studios acquired the rights to remake La Jetée as a full-length film, David and Janet Peoples were hired to write the script. Under Gilliam's direction, Universal granted the filmmakers a $29.5 million budget, and filming lasted from February to May 1995. The film was shot mostly in Philadelphia and Baltimore, where the story was set. The film was released to critical praise and grossed $168 million worldwide. Pitt was nominated for the Academy Award for Best Supporting Actor, and won a Golden Globe for his performance. The film also won and was nominated for various categories at the Saturn Awards. 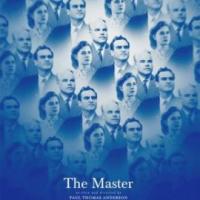 The Master is a 2012 American psychological drama film written, directed, and co-produced by Paul Thomas Anderson and starring Joaquin Phoenix, Philip Seymour Hoffman, and Amy Adams. It tells the story of Freddie Quell (Phoenix), a World War II veteran struggling to adjust to a post-war society, who meets Lancaster Dodd (Hoffman), a leader of a religious movement known as "The Cause". Dodd sees something in Quell and accepts him into the movement. Freddie takes a liking to "The Cause" and begins traveling with Dodd along the East Coast to spread the teachings. 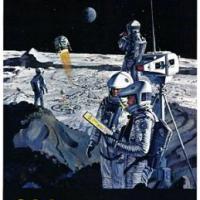 2001: A Space Odyssey is a 1968 epic science-fiction film produced and directed by Stanley Kubrick. The screenplay was written by Kubrick and Arthur C. Clarke, partially inspired by Clarke's short story "The Sentinel". Clarke concurrently wrote the novel 2001: A Space Odyssey, published soon after the film was released. The film follows a voyage to Jupiter with the sentient computer Hal after the discovery of a mysterious black monolith affecting human evolution. It deals with the themes of existentialism, human evolution, technology, artificial intelligence, and extraterrestrial life. It is noted for its scientifically accurate depiction of space flight, pioneering special effects, and ambiguous imagery. It uses sound and minimal dialogue in place of traditional narrative techniques; the soundtrack consists of classical music such as Gayane Ballet Suite, The Blue Danube, Also sprach Zarathustra, and pieces from contemporary composer György Ligeti. 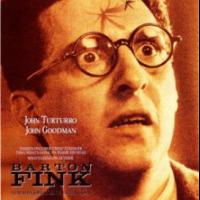 Barton Fink is a 1991 American period film written, produced, directed and edited by the Coen brothers. Set in 1941, it stars John Turturro in the title role as a young New York City playwright who is hired to write scripts for a film studio in Hollywood, and John Goodman as Charlie, the insurance salesman who lives next door at the run-down Hotel Earle. The Coens wrote the screenplay for Barton Fink in three weeks while experiencing difficulty during the writing of Miller's Crossing. They began filming the former soon after Miller's Crossing was finished. The film is influenced by works of several earlier directors, particularly Roman Polanski's Repulsion (1965) and The Tenant (1976). 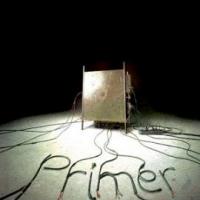 Primer is a 2004 American independent science fiction drama film about the accidental discovery of time travel. The film was written, directed, produced, edited and scored by Shane Carruth, who also stars. Primer is of note for its extremely low budget, experimental plot structure, philosophical implications, and complex technical dialogue, which Carruth, a college graduate with a degree in mathematics and a former engineer, chose not to simplify for the sake of the audience. The film collected the Grand Jury Prize at the 2004 Sundance Film Festival, before securing a limited release in the United States, and has since gained a cult following.