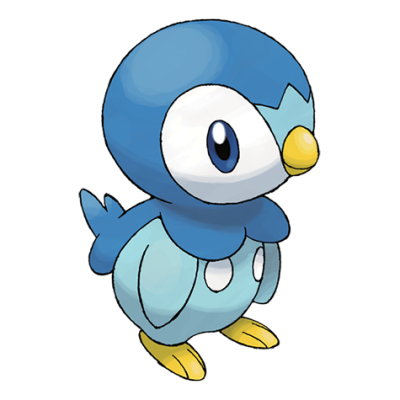 Piplup is a light-blue penguin-like Pokémon, which is covered in thick down to insulate against the cold. It has a dark blue head with a primarily white face and a short, yellow beak. The dark blue feathers on its head extend down its back and around its neck, which causes it to appear to be wearing a cape. There are two white ovals on its chest and a small, light-blue marking resembles a crown above its beak. It has flipper-like arms and yellow feet with three toes each.