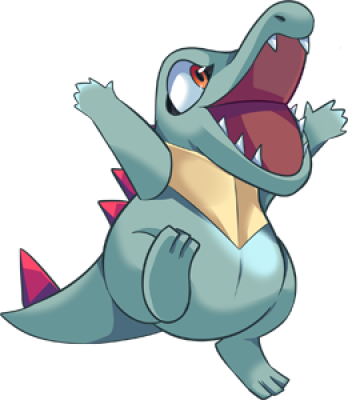 Totodile is a small Pokémon that appears as a bipedal crocodile. While most of a Totodile's body is blue, they have a yellow, V-shaped marking across their chest, red eyes and spikes that go down its back to its tail. These Pokémon are well known for their large mouths, filled with razor-sharp teeth. The shiny version of this Pokémon appears as having green or turquoise skin instead of blue and has dark blue spikes, which were previously red, along its back.