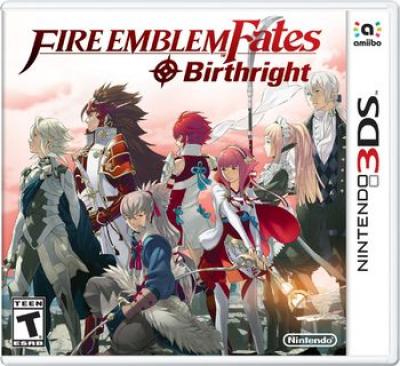 Fire Emblem Fates (ファイアーエムブレムif Faia Emuburemu Ifu, Fire Emblem if in Japan), is a Japanese tactical role-playing game for the Nintendo 3DS, developed by Intelligent Systems, and published by Nintendo. It is the fourteenth game in the Fire Emblem series. It was released in Japan on June 25, 2015 and internationally in 2016. Furthermore, Fire Emblem Fates is a first title in the franchise that was officially released in South Korea. The game is rated C (CERO) in Japan, T (ESRB) in America, and 12 (PEGI) in Europe.