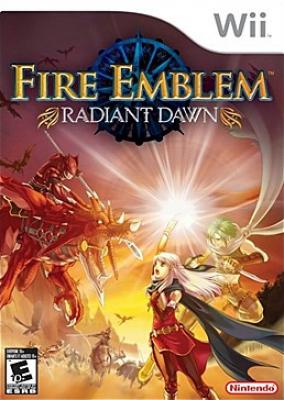 Fire Emblem: Radiant Dawn, known in Japan as Fire Emblem: Akatsuki no Megami, is a tactical role-playing game developed by Intelligent Systems and published by Nintendo for the Wii home console. It is the tenth entry in the Fire Emblem series,[b] and acts as a direct sequel to the 2005 GameCube title Fire Emblem: Path of Radiance. It released in 2007 in Japan and North America, and 2008 in Europe and Australia. Radiant Dawn's plot begins in war-torn Daein with the main character Micaiah and her allies rebelling against the oppressive Begnion army. The story is divided into four parts, and changes perspective between different factions within the continent of Tellius. The gameplay is similar to Path of Radiance and previous Fire Emblem titles, with units moving across a grid-based map in turn-based battles, and characters unrelated to the core plot being subject to permanent death if defeated.