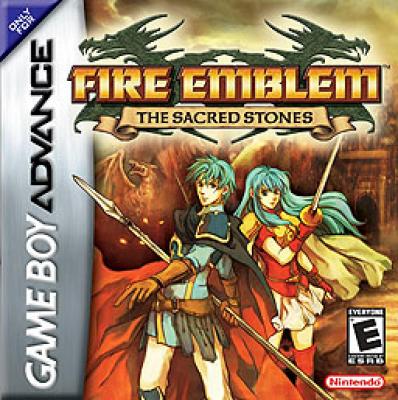 Fire Emblem: The Sacred Stones, known in Japan as Fire Emblem: Seima no Kōseki is a tactical role-playing game developed by Intelligent Systems, and published by Nintendo for the Game Boy Advance handheld video game console in 2004 for Japan and 2005 in the West. It is the eighth entry in the Fire Emblem series, the second to be released outside Japan, and the third and final title to be developed for the Game Boy Advance after The Binding Blade and its sequel Fire Emblem.