AGENTS OF MAYHEM from Most Anticipated Games of 2017 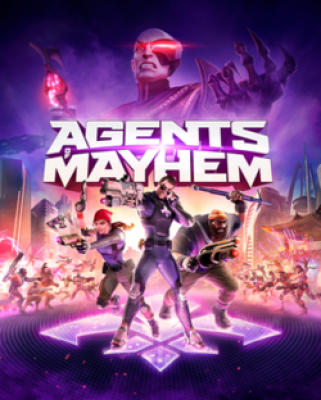 Agents of Mayhem is meant to be a clean break from the Saints Row series, but it also clearly builds on what Volition has become known for. It’s an over-the-top, open-world third-person shooter with a focus on characters who feel overpowered to the point of practically being superheroes. Also, it’s full of goofy jokes. The silly tone is obvious just from looking over the cast of a dozen playable characters in Agents of Mayhem. There’s Daisy, a rollerskating derby girl who also happens to carry a massive gatling gun and swears and drinks like nobody’s business. Or Hollywood, a movie star turned real life action hero in the same vein as Mortal Kombat’s Johnny Cage — and just as cocky. Or if you really miss Saints Row, you can play as Kingpin, a character fans of that series may remember under the name of Pierce Washington. His special move is that he drops a boombox that makes all the enemies in the area dance.