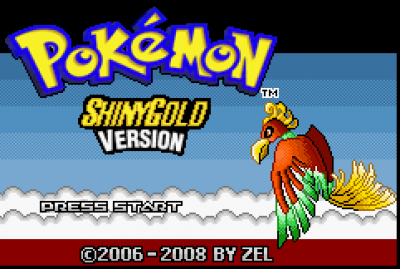 Pokémon Shiny Gold is a complete redesign of the Pokémon Edition Fire Red, which is now a Pokémon Gold / Silver / Crystal Remake. Many players say of this hack it would be the best hack ever to be released and stopped. Unfortunately, the patch reached the scene which made it possible to save the hackrom on a cartridge and sell it. In response to this Zel, the creator of the hack, provided a note at the beginning of the game which states that you can return to the game if you have paid for it. The game has been almost completely reworked. Shiny Gold can thrive with change of development, new events and 3rd generation Pokémon.