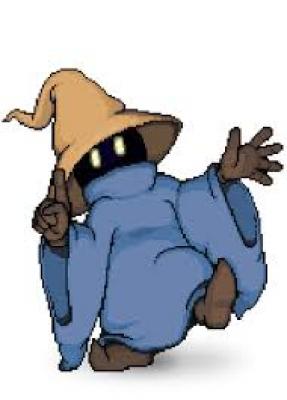 Black Mage is a character who appeared in Super Smash Flash 2. In combat, he uses black and sometimes blue magic. Mage is one of the best edgeguarders as he applies many tools and can change the form of the attack. Inexperienced players find hard to handle this character.