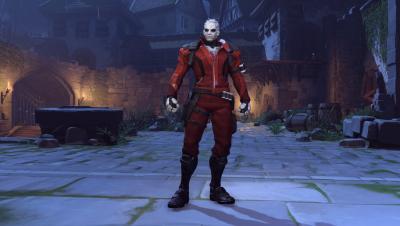 Soldier: 76 is one of the heroes in Overwatch. He is a vigilante who aims to bring the enemies who brought down his former organization to the light of justice. Armed with cutting-edge weaponry, including an experimental pulse rifle that’s capable of firing spirals of high-powered Helix Rockets, Soldier: 76 has the speed and support know-how of a highly trained soldier.