Nasus from Best Top Laners In League of Legends 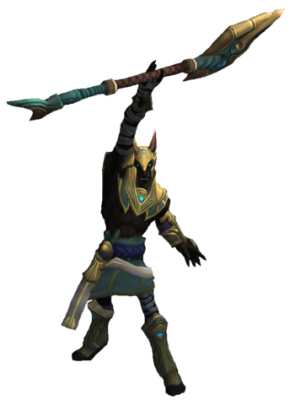 Nasus is an imposing, jackal-headed Ascended being from ancient Shurima, a heroic figure regarded as a demigod by the people of the desert. Fiercely intelligent, he was a guardian of knowledge and peerless strategist whose wisdom guided the ancient empire of Shurima to greatness for many centuries. After the fall of the empire, he went into self-imposed exile, becoming little more than a legend. Now that the ancient city of Shurima has risen once more, he has returned, determined to ensure it never falls again.

More actually. If they have more than 0 MR then they'd need even more max health to hit that 240 cap.

I like how Maokai gets saplings that deal a metric ton of damage due to 8%(+2% per 100ap) max health damage doubled from being in a bush. Where as Nasus's ult damage is capped making it good against squishy champs but useless against tanks. Riot has never been really good at balancing and changes though I guess, just look at the atrocity that is the new, unfinished and ugly client. Oh well.

Then the damage needs a buff, though inreality it shouldn't even have a cap or at least not one for champions. Since it scales with ap in the first place along with spirit fire Nasus is just in an awkward spot as one of the few champions that have hybrid skills but there aren't many viable hybrid items. if you had 300 ap the ult would only need 3k health to hit cap. If you got to 700 ap then you would need about 2k health to hit cap. Obviously the point of the ult in normal cases is to provide tankiness and not about the damage but at that point why even have damage and have it scale with ap as it does. I brought up Maokai as his new E also scales max health but 1: doesn't have a cap on damage, 2: can be stacked and instantly pop others and 3: scales better. So tell me why the damage on nasus's ult even has a cap? I can't think of any other ability in the game that is % max health that has a cap for champs, they all have one for monsters but not champs. Just kind of seems like a poor design choice in my opinion...

I wouldn't say he is disgustingly overpowered,on the other hand even if he doesn't have much stacks there are only a few champs that can 1vs1 him late game,and on top of that(if stacked well) he is strongest splitpusher in game.

I personally find that he's typically a wimp, but once he uses his pops his ult, then he makes me shit myself for 15 seconds.

He should lose a portion of his stacks if he dies. Currently he's disgustingly overpowered.

Nasus overpowered? Are you kidding me? If you deny him stacks it becomes very hard for him to scale into late game, plus he can get kited really hard. He is balanced with very clear strengths and weaknesses.

Nasus is a good counter to Darius. His Wither delays Darius from reaching full stacks of Hemmorage. With the large AoE of Spirit Fire, you claim a large part of the land all to yourself. And if Darius gets on it, he takes a ton of damage due to his loss of armor. And since you have lifesteal, you outsustain Darius easily. What's cooler is that your Grasp of the Undying procs faster than him due to his loss of attack speed. I also bought Randiun's Omen and Spirit Visage to help out as well.

Grasp of the Undying is a timed buff. You'll always get it after 4 seconds of fighting no matter what your attack speed is.

Hm? Strange. It looked as if mine was proced faster than his.

I strongly disagree,yes Nasus has lifesteal but Darius has monstrous hp regen,besides he can just Q you in lane and heal off any missing hp,you are greatly exaggerating the dmg of your E(Q as well) since Darius has a lot of resistances,and you can't win a trade against him unless you are ahead,not to mention that he will bully you hard early game and you won't be able to stack properly.

With the upcoming tank rework I wonder if tank sub-classes are also getting a minor rework/fix or whatnot. Even though they're focusing on vanguards (or something like that).

I can't see any changes to the champions however everyone who builds tanky will be changed by the itemization changes.

Nasus's rework idea, to make him less boring and less toxic but to keep his identity as a split pusher. Nasus's base AD lowered to 30-50. Passive: Everytime Nasus kills a unit, he gains a soul eater stack, 3 soul eater stacks on large monsters, siege minions and enemy champions (for enemy champions based on level is 3/6/9). Nasus gains bonus attack damage by 1 for every 6 soul eater stacks. Q: No longer gains stacks and increased mana costs (20/30/40/50/60) and cool down is changed to 8 seconds only, instead it also lowers the enemy's attack speed by (by 10/20/30/40/50%) for 3 seconds. Edit: Bonus AD ratio is up by 30%. W: The slow is reduced to 50% and duration for 2 seconds but effects all enemies in front of Nasus and he can move while casting this ability. E: Gains a passive: Everytime nasus damages an enemy from any source, the damage amplification increases by 1/1.5/2/2.5/3% per stack stacking up to 5 times for 1 second. Edit: Using siphion strike (Q) on enemy targets will recover health by 40% of his missing health.

Turning the bonus into straight AD gives it alarming scaling with effects like Ravenous Hydra, and opens it up to Crit abuse, as well as giving him extra scaling with attack speed.

You don't see the point of my idea of this rework, Nasus can only get 1 AD per minion wave of perfect CS. You would assume that every player never miss a single CS ingame, so 30 minutes would grant him 100 permanent AD from perfect CS. As his base AD is very low compared to other champions, infact the lowest in the game (like thresh's armor), he needs to have stacks to back it up. So he can't make use of crit either (there are no viable crit items for him anyway). 30 minutes of perfect CS (50 + 100 = 150 total AD), where is the crit abuse here? And he lower's the enemy's attack speed, not raise his own. And sorry to break your bubble but he already abuses sheen from his Q and life steal (which he don't have in this idea rework), it looks like a nerf but its meant to make him a better split pusher rather than just gain stacks.

Wow you would take away from him the only thing that makes him survive through the laning phase, his free lifesteal. I don't know if you like the champion or not.

This idea is not even completely different from the current Nasus, it's just worst on many tools he has (w is the bread and butter of this champion), but his lifesteal that makes his life easier is taken away from him. And a melee adc without any gap closer? Good luck with that. Think about any match up and tell me how this version of Nasus will win lane.

You've encouraged stack farming even more heavily by gutting his base AD, you've completely murdered his lane and jungle presence because he just doesn't deal damage until he's stacked plenty. Nasus needs crits and attack speed because AD is now the only source of damage in his kit, and since he has garbage base AD and no AD ratios, he can't even get by spamming pen, CDR, or a tiamat rush. So either your passive is undertuned and nasus just does nothing the entire game, or his passive is overtuned and nasus becomes even more one-dimensional a farm-bot than he is right now.

I made some changes, I do agree it seems to make Nasus a lot weaker, but I'm not intending for him to change his playstyle or weaker, but to make him more of a split pushing champion as I said before. Just sitting in a wave and stacking Q is pretty much a red flag in high elo currently. Depending on what players are doing, either they will focus on killing the other teammates (if they are behind, Nasus won't even shine) or catch him. I intend to have him clear waves more safely. I would intend for Veigar to be somewhat the same for my ideas for him somewhat. Sure his laning phase would be bad but he would still have somewhat the same builds (probably no sheen item anymore), but I do like the farming on these kind of champions and that that's part of their kit.

40% missing health heal every 8 seconds is way too much. Darius can get similar numbers, but not in a 1v1. Have a single 30% bonus AD ratio on an 8 second cooldown does almost nothing for him. Basic attacks will still account for 90% of his damage output, and when that much of your dps relies on un-augmented basic attacks, you start stacking crit, lifesteal, and attack speed. Your proposed rework solves exactly none of the problems nasus has now, and introduces a whole slew of complications that are extremely difficult to untangle. How is stacking AD any better than stacking Q damage, from a champion design or game health standpoint?

I don't know this thing. at first thought, i think it would suck, but then I remember I always build nasus AP first so I could get a lead against the enemy by spamming E. Then I also remember that I don't get stacks by spamming E so having a passive based on kills will really help it.