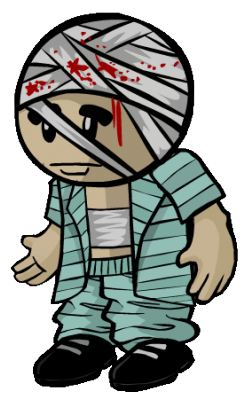 Amnesiac is one of those Town of Salem roles that belong to Neutral Benign, meaning you can win with anyone. He does not remember his role and you will never win unless you remember it. The strategy builds upon successful selection of the role and anonymity, for pure fun. Highly suitable for skilled trolling.

What if Amne remembers Jailor and later in game the Jailor gets revived while the other Jailor is alive?

Amnesiac is a game-changing role. Was in custom, and there were three arso, two Sk, Mafia (think it was consig, mar, gf, and another consig) , two amnesiac, plus jesters and witches and stuff. Oh and there were vamps too. So the arsos ignited, consig died and Mafia couldn't kill anyone because of immunity. Both amnesiacs remembered consig. Super easy win for Mafia after that.

It's a town Unique

Prior to Version 2.0.0.6501, you can't remember that you were like any Town Unique Roles, such as the Jailor. However, if the Jailor did not execute the night before he died, you would be able to remember the Jailor; this may be a bug.

So what happens if he does remember and Jailor gets ressurected?

I guess it's that, they might be a glitch regarding Mafioso/Godfather but you can turn into unique roles including Werewolf and Juggernaut I guess.

I'm so dead, so so dead. Amnesiac are weak AND dangerous at the same time

the best amne game i've ever had was today, just a few minutes ago. i got amne, felt pretty confident. jailor left d1 (had default name so i think he crashed?) and then some more important roles died. i was waiting for maf to die to remember them, but i was pretty worried about the arso. there wasn't a confirmed arso, but there were no ww and sk kills so confirmed spy says mafia said i was arso. people try to lynch me, don't get enough votes. the next day, about everyone except from 3 people (me, arso, and sheriff) are ignited and dead. at this point i could either let town win or arso. why not arso, i mean they have a low winrate so me and arso decide to win together. the next night, i remember witch and we lynch the sheriff. pretty good game

So I was in a game where Any and NB were Amne. They asked me role I told them amne, someone claimed Surv. I was like: "I'll remember bg tomorrow". So they let me live. I was rb'd at night by ESCORT. I told them "I was rb'd" And there was the other amne who remembered vig. So I said "Two amnes, so surv claim is lying, lynch" Lynched and it was WW. Next night I was rb'd and killed by vigi. Town won the next day and it was "Blahblah we don't need you to win" Nice, I really like rude people. Because sure in Town majoritiy I would remember maf. Nice. Without me, they woulnd't lynch the ww

oh i see other people are putting anme experiences here ok i'll guess i'll join in ok so i was playing with my friend and i was the anmesiac and so i teamed up with my friend (he was WW) and so im just here waiting for a role to pop up. the arso died i guess so im like "yes please i want night immunity" and i remembered arso after i remembered arso i whispered to my WW friend that i remembered arso and he got mad at me so idk what happened there i guess the rest of the game was just me getting lynched and stuff so uh yeah im sorry for wasting your time now

1) WW ignores Night Immunity. 2) You're both evil. You should have remembered Executioner (and gotten your target lynched), Survivor or Witch to become "allied" with him. 3) To win as Arsonist, everyone else must die (excluding Executioners who won, other Arsonists, Survivors and Witches). As such, you had goal A while he had goal B. You were not allied due to this.

Question (if it's mentioned, I missed it and I apologize in advance): Say I'm Amnesiac in All Any. Mafia are all dead (say it was GF/Forger/Framer/Consort/Disguiser and no one remembered a Mafia). If I remember Mafia along with another Amnesiac (say we both remember Consort), who would become the Mafioso and what would happen to the other guy? First guy to join the lobby or the first guy who remembered?

You would both be consort until the night after you remember. Then it is randomly decided

Ok, yesterday i just went through the most suspenseful game of TOS that was full of twist. ok, so it went like this: I made a premade lobby with a friend and enter custom, we named ourselve name that we could both recognize, 1 of the name I notice in the name selection screen was "KillSix". I was pick as amne, and wouldn't you know it my friend is on the 6th spot of the map, wonderful.After N1 a vig and janitor was killed, so I thought of an idea. I then whisper to my friend D2, we were whispering about unrelated stuff to the game, I then proceed to threaten KillSix, saying that he should claim his role or me the amne will remember as vig and shoot him, on N2 I was about to remember as vig and was about to shoot him the next night...then I realised I could also remember myself as janitor, I don't want the risk to be reveal by KillSix so i remember as vig anyway. Next day my friend die by another vig, turn out he was freaking CONSORT, if only I have remember as janitor then I coulda won with him, but oh well. I then proceed to threaten KillSix to claim his role again or I will shoot, he mention something that only me and my friend would know in whisper, and since he can't be bmer so he's proving spy. We team up for the rest of the game. On D3 we lynch a mafia base on prove by sheriff , by doing some scum reading I notice that a few people didn't vote on that mafia and the spy notice it too, I shoot 1 of them N3 and he was immune, He was arso when we lynch him, at that point the only town left were me, the spy, a transporter, a GF and a mafioso. we tell the transporter to transport the mafia with 1 of the town to prevent mafia and he just end up transporting both of the mafia. On the same night I shot the mafioso but since transporter transport the GF and mafioso and SAVED the mafioso, also looking at his will I notice that he actually saved me from the other vig by transporting me and my friend, I thought our only hope is if the GF was afk (his name was a random name) and it seem like it as first. I use my last bullet to kill off the mafioso, we thought this was the end for town since Martha speak and wasn't afk but...there was another problem, I remember the mafia saying something abotu his computer is lagging or frozen, this mean that he can't kill the spy (KillSix) and this would end in a draw. Another night proceed to end and the no kill and it's a draw message show up, so i knew they weren't BSing with that, as I thought we actually a chance the GF managed to FIX HIS COMPUTER IN THE NICK OF TIME. Before the night could end I actually tried something crazy, I tried to open a huge ammount of tabs in my computer HOPING his game would lag, I open every program, youtube, RoosterTeeth Website, the MSP Adventure page, I tried EVERYTHING, but it was all for not, the spy was killed and mafia win. It was a glorious game

My Story of the r00d Jailor: d1: claimed amne *i actually was amne* n2: didn't remember a role because i didn't like the available roles *bodyguard and jester* n3: jailed by jailor who asks why i didn't choose a role and comes so close to executing me n4: jailed by jailor AGAIN and this time they execute me saying "YOU DIDNT CHOOSE A ROLE N2 SO YOU DIE" d5: nice townie says jailor should have given me a chance d6: we find out the jailor executed the nice townie and says in death note "THEY DIDNT CHOOSE A ROLE and bla bla. DONT EVER QUESTION MY AUTHORITY" Reported the jailor as soon as game ends

If you're not going to remember the first available town role, then you should either claim roleblocked/witched or fake claim something that's not NB. I don't blame jailor for exeing you (even if exeing the town was obviously a bad play), I would've done the same to an amne that clearly doesn't want to take a powerful role (BG) to help town.

HackerTOS.... No. They are an example of a stupid jailor who ignores all other possibilities and just decides to execute people for no reason. Though claiming amnes wasn't the best move, the jailor should have been more cautious.

yay somebody i can relate to except i was medium when this happened so night 1 i was jailed and i claimed medium night 2, apparently, there was a SECOND medium (du du duuu) who got jailed i suppose night 3, I get jailed and executed and im just like "bro what the *insert cuss word here* is wrong with you?" so i die, jailor finds out im actually medium, im raging in ded chat, and the second medium gets lynched this has NOTHING to do with anmesiacs but it's here anyway