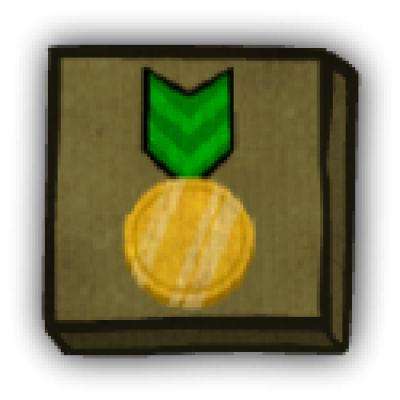 One of the unique Town of Salem roles. As Veteran you can decide whether you should go on alert or not. If alert is used, you will attack anyone who visits you at night and gain Basic defence along with the ability to ignore role blocking. The ultimate goal is to kill all bad guys.

If Witch wants to controll Vet as first person,but Vet alerts,what will happen?

I actually made a clutch move so I made the evils think I ran out of alerts and there was a witch a bmer,GF,and the consort and my town friend was a vig that ran out of bullets he only shot a neutral,the Mafioso and the Basic defense of the witch so.That night I alerted and I killed all evil roles and town thanks to that alert

When you're vet and you're the last one standing - Basically what happened was, at the end there was me, a town, mafioso and jester. Before then I had attempted a vet bait(can't really remember what happened, but either way I was confirmed vet and mafia left me alone). So then we lynch jester, I abstain and the other two voted guilty(or was it just the mafioso? idr). Alerts - only used one alert until then since evil roles ran for the hills. Wasted it, but then this happened XD

Mafioso breaks through Veteran's door. Veteran wakes up, and smiles, saying: "Finally I can use all my guns!" Veteran proceeds to take his pistol, and uses it to shoot a wardrobe. He opens it and takes out his twin pistols, rifles, revolvers, machine guns, shotguns, grenades, and bullet ammo. Veteran sneaks downstairs, whispering to himself: "Hehehe, the Mafioso is gonna get it this time... That's what he'll get for shooting the Doctor.." Veteran opens his closet and gasps. "OH NO!! HE TOOK THE REST OF MY GUNS!!!"

Story time: Ranked Vet Game Name: Seliah Day one: Met my friend from a previous game (Piper) and said chatted for a bit Night one: Did nothing Day two: Bodygaurd (Piper) protected me and killed the mafioso, Serial Killer killed Vigilante, we lynched transporter who moved himself with mafioso (but mafioso died to Bodygaurd so unable to confirm, I claimed RT (Which ment I was either TP or TK) Night two: Alerted Day three: Veteran (me) died to WW, WW died to Veteran, Gf died to Veteran Few days later we lynched last maf and serial killer

A just lost as a veteran thanks to a sheriff that was either gamethrowing or was very, very, stupid. So I vet-baited the first day then alerted Night 1 and killed no one unfortunately. So the next day, I said "Well that was a waste of an alert." Then a guy (whose name was Tony) started spamming the chat claiming I was a member of the mafia and he was the sheriff. Some of the town assumed he was an executioner (I did too) but enough of the town thought I was actually evil I was voted up. I claimed I was vet and was eventually voted innocent. For some reason, Tony didn't vote. Then the next day, Tony was dead and guess what? He actually was the sheriff! He seemed really desperate to lynch me in his Last Will so naturally, I was lynched. There wasn't a transporter or witch in the game so that can't have messed up Tony's results. And I wasn't framed because I alterted N1 and I got no one. This particular game just... Ugh.

Ugh, that musta sucked. Did you at least report that sheriff if you thought he could've been gamethrowing?

I was playing as Veteran named "Big Boss". During Night 2, I decided to go on alert. Unfortunately, I killed the lookout. In my Death Note, I wrote "This is Outer Heaven." The players caught the reference and left me alone for a while. During Night 3, no one died. One of the players, named Jorg, said he's the Escort, and he roleblocked a guy named Vampire. We voted him up, due to him having a pretty crappy defence, and sure enough, Vampire was Mafioso. One player, Jonathan, voted innocent. Jorg roleblocked him that night, and no one died again. Except for the Arsonist, who commited suicide. At Day 4, we lycnhed Jonathan, who turned out to be the Godfather. At Night 4, Jorg was killed. Day 5, another player named Lilith claimed she's the Lookout, and there was only one person who visited Jorg, a guy named Jay. Townies didn't believe her and didn't lynch anyone. Day 6, Lilith lies dead, confirmed as a Lookout. Townies STILL DON'T LYNCH Jay. One of them asks for a rolecall. Jay claims Investigator, and posts a will which convinces the other players he's telling the truth. I say I'm Veteran - unfortunately, without any alerts left. The Night passes, and at the Day, Jay lies dead on his lawn. Death Note appears - "This is Outer Heaven." Then I write in the chat - "Oops, how silly of me. I forgot I had one alert left." Jay was the last Mafia. Town wins. (The Doctor also died from my alert that night, but it didn't matter cuz we won anyway.) Jay was pretty salty, saying we got lucky. My response? "Nah mate, that wasn't luck. The truth is, you just got PLAYED."

i was playing as a mafiaso, claimed vet and no one was the wiser. 10/10 would confuse people who did not know Vet was a unique role...

I was playing as vet. N1 no alert and no speaking first day. Then, second day I spoke somethings you know. I alerted the next night, killed forger and mafioso (nice double kill :D). I started asking people their role and one said trans so I didn't alert, didn't get killed. Next day, surv whispered me his claim and I whispered other player his role because he was quiet, he told me surv so I said "I don't believe *name* is surv" We lynched him and he was the gf. Only sk left. I alerted and he died. This was my first flawless game as vet. :) I really like this role.

Hi just played a game today and want to tell you that Veteran isn't unique in the Town Of Salem The Coven Expansion. I don't have screenshot proof because the other Veteran was bitten and I ragequitted , I was playing All Any.

So, there was this exe who had made a deal with the spy, that the exe would help the town if the spy helped in lynching the town. Fast forward a couple nights later, there's only me, the veteran with no alerts who had posted his will that said, "No alerts, I'm a sitting duck now", the exe, the sk, and the doctor whom we lynched. When we found out that the doctor was not the sk and that we were fooled by the real sk, the exe said - "Yeah, attack me again, baby. I love when you attack me." And I said too, "And I'm using my last alert today! You're dead if you visit me!" So, next night, I'm expecting to die since I thought SK would detect the lie, and see my will, but then, there was no, "You were attacked by a serial killer! You have died" notification in the chat. Next morning, Exe, me and sk stand again. We mock the sk for not looking through my lie and then I say, "Shall we, Firebug? (the name of the exe)" "Yes, we shall." Replied the exe. And then we lynched the sk and won. Dumbest SK ever. This was in Ranked Practice, too.

Is it correct that in Coven there can be multiple Veterans? i just had an All Any game on the PTR with 2 of them.. both said Vet on the end screen.

Shoulldn't be I don't think. Pretty sure Vet is still a unique role. Perhaps it was an amnesiac glitch (they showed up as Vet because they remembered it)? Otherwise it's a bug

Note for the Coven update: You'll know if Pirate visits you the first thing each night via the attack popup, giving you a guaranteed kill if you decide to alert.

Am I the only one who claims to be Vig whenever I get vet? I do it so maf still come at me but leave me alone because they assume I have no reason to shoot them.

So I'm playing a game of ToS on my own with friends. If there's four people who visit a vetern on Alert, do they all die? (Two escorts, a lookout, and a doctor for reference)

On my own with friends? This statement seems to contradict itself ;) But yes, they would all die.

When you get an Arsonist and Mafioso as the veteran on n2 then on n4 Consort visits you... Lucky much...? (was confirmed vet so I have no idea why this consort visited me...I guess they hated their life..?) Also I'm complete garbage and just have extreme good and bad luck... :P

I had a crazy game one time(idk whether or not to consider it good) I was a confirmed veteran(like every ti visited me on n1 and i think a maf (i was alert)) and I was put on trial on d3. I said i was a confirmed townie(cuz i was) but i was still lynched. as i was to say my last words, i slapped "guilty voters are evil" on my last will(cuz 90% of the time town are idiots and cant figure it out by themselves) and the guilty voters were lynched by a smart townie. the first evil to be lynched was a vamp, and i spent the rest of the game giving the dead advice. I told the lynched vamp not to vote guilty on confirmed townies. Also, that same day, a mayor(who didn't know how to reveal) was lynched cuz ppl didnt believe him when he said that he didnt know how. I told him how to reveal, and we talked a little and then he left. BTW town lost