In this section of site you will read about the TOP-5 of the best dark anime. It doesn't only contain elements of horrors, but also the action in which occurs in the entourage of traditional fantasy. Every anime in such genre goes with an intricate story. It is not mysticism, but it can include vampires and ghosts in its plot. In typical dark anime Evil has already won Good and its manifestations are perceived as ordinary matter. The events take place in a harsh, cruel and gloomy world, where heroes, for the most part, are at least ambiguous from a moral standpoint and are fighting only to ensure that the world does not finally become a hell. The main idea of the genre can often be called the opposition of "small" and "big" Evil. Critics note that such anime doesn't frighten the reader, but creates the impression of fear, which has already passed. 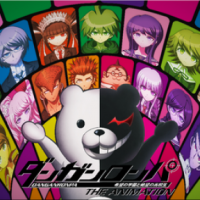 It's kind of adaptation of the first Danganronpa game and was first teased in 2012. It is anime dark with elements of adventure and murder mystery. 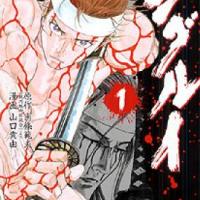 Shigurui (Japanese: シグルイ, lit. "Death Frenzy") is a Japanese manga series by Takayuki Yamaguchi, based on the first chapter of the novel Suruga-jō Gozen Jiai by Norio Nanjō. The series is noted for its realistic graphic violence and nudity as well as its abrupt ending. An anime television adaptation, based on the first 32 chapters (or the initial six and a half volumes) of the manga, aired on WOWOW from July 19 to October 12, 2007. The series was directed by Hiroshi Hamasaki, written by Seishi Minakami, and produced by Madhouse Studios. The anime was licensed in North America by Funimation under the fully translated title Shigurui: Death Frenzy. The licensing was announced in May 2008[2] and the full series was released on March 31, 2009 on Blu-ray and DVD. 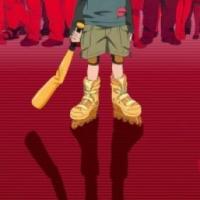 It's Japanese mystical and dark fantasy anime series. The plot is tied to a series of attacks and murders committed in Tokyo by a minor criminal called Sjanen Batto. 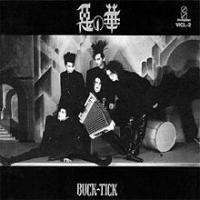 It's anime in the dramatic genre. It's the story about three students which had to communicate with each other and this anime seems to be one of the darkest anime. It's good dark anime about Lane Ivakura, who seems like ordinary girl, who doesn't really get along with people. But after a sudden suicide of one of the schoolgirls, everything changes... It's a sci-fi anime TV series. Anime has the elements of cyberpunk. It's the story about Re-L Mayer, dark anime girl being in miniature inspector-girl's body. 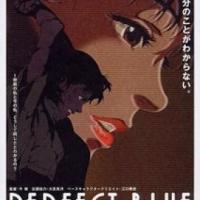 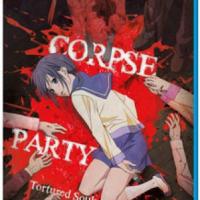 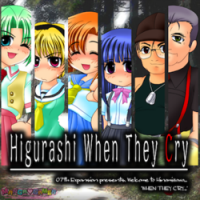 Higurashi When They Cry

Higurashi When They Cry (ひぐらしのなく頃に Higurashi no Naku Koro ni, lit. When the Higurashi Cicadas Cry), known simply as When They Cry for the North American release of the anime adaptation, is a Japanese murder mystery dōjin soft sound novel series produced by 07th Expansion. The games are built on the NScripter game engine and are playable on the Windows operating system. The first game in the series, Onikakushi-hen, was released on August 10, 2002, and the eighth and final game in the original PC series, Matsuribayashi-hen, was released on August 13, 2006. While the first four games carried the overall title Higurashi no Naku Koro ni, the next four games were produced under the title Higurashi no Naku Koro ni Kai. A bonus fan disc called Higurashi no Naku Koro ni Rei was released on December 31, 2006. In addition to the original series, new story arcs were created in manga form and in video games for the PlayStation 2 and Nintendo DS in order to expand upon the story. The original eight PC releases were released in English by MangaGamer in 2009 and 2010. The series focuses on a group of young friends living in the rural village of Hinamizawa and the strange events that occur in 1983. 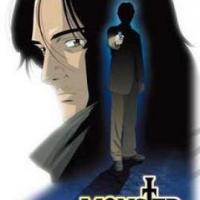 The manga series was adapted into an anime by Madhouse, which aired between 6 April 2004 and 27 September 2005 on Nippon TV. Directed by Masayuki Kojima and written by Tatsuhiko Urahata, it features original character designs by long-time Studio Ghibli animator Kitarō Kōsaka which were adapted for the anime by Shigeru Fujita. The anime includes an instrumental theme by the Chilean folk music group Quilapayún, "Transiente", which originally appeared on their 1984 album Tralalí Tralalá. David Sylvian was commissioned to write the ending theme, "For the Love of Life", on which he collaborated with Haishima Kuniaki. In the cover notes to the official soundtrack he said, "I was attracted to the Monster material by the moral dilemma faced by its central character. The calm surface of the music giving way to darker undercurrents, signifying the conscience of the lead protagonist and the themes of morality, fate, resignation, and free will."