One 1of the biggest achievements of the technical revolution became a creation of the whole virtual reality or VR. There are numerous VR apps available nowadays. In many countries, subcultures of VR-people have already appeared. For example, in Japan they are called “gemu otaku,” but we used to call them gamers. And with an evolution of the Internet, VR gets an inexhaustible platform for self-development. If in 2006 the VR-headset was a fantasy, today you can buy it for only $600. But even without a VR headset, billions of people spend time in VR every day. Computer games and Facebook texting became mandatory daily things, but it is still a VR. Today it's hard to believe that 20 years ago there were no networks, smartphones, and Siri, but it's true. And very few people think about some things in their life as a virtual reality. We created a list of the best VR apps Android and IOS.

List of the VR apps for Android and IOS isn`t full without a RYOT VR. It is simply a source of 360 videos that show unique and fabulous things around the globe. If you want to open for yourself new regions, cultures and people you should use RYOT VR to make this process easy and enjoyable.

If you want to plunge into the virtual world without VR headset, you need virtual reality apps. One of them was presented in 2014 by Google. To use Google Cardboard, you need to assemble your VR glasses with a carton and install a VR HMD mount app on your device, and you`re ready for virtual adventures.

In the 2016 VRSE literally blew up the Internet and became the most popular among Android and IOS VR apps. Basically, it is a smartphone app that shows VR videos. A 360-degree video makes you technically watch things through space as if you are there.

The New York Times has released its own app to give people an opportunity not just to read the news but see it in a present tense. NYT VR entered the list of the best Android VR apps of 2016 and became an analog of YouTube in a field of news.

If you are bored of regular games on your phone, you can try Sisters. The horror-themed short video game also became the one from the list of the best VR apps on Android. Playing Sisters is a perfect way to relax and enjoy the possibilities of your smartphone.

When we are speaking about the best virtual reality apps, we definitely should mention the Orbulus. In general, the majority of the best VR apps for Android and IOS are only a copy of already existing apps but with a usage of VR technologies. So Orbulus is only a modification of Google Street View.

Seene has got a great popularity and place on the list of the best IOS VR apps. It is a photo-shared VR platform where everyone can download any photo and app automatically will show it in 3D mode. A really great thing about this app is you can share and also see photos of other persons.

The world of IOS and Android VR apps was shaken up with this startup in the VR sphere. Jaunt VR is a universal VR platform where you can watch anything from the concerts of Sir Paul McCartney to documentaries of ABC about Syria and North Korea. YouTube should keep its eyes open.

This really interesting game became one of the best free VR apps of the last year. InCell gives the player a chance to explore the inside world of the human cell. You can play it using VR mode or just in normal mode. The only thing you need is Cardboard for a comfortable VR game. 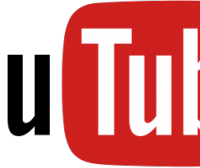 The biggest video-sharing website all over the world – YouTube, is an incredible platform to search and find all you need for work, hobby or rest. You can easily download YouTube app which is one of the best VR apps from Play Market or App Store for free and enjoy videos using only your smartphone.